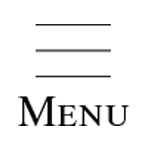 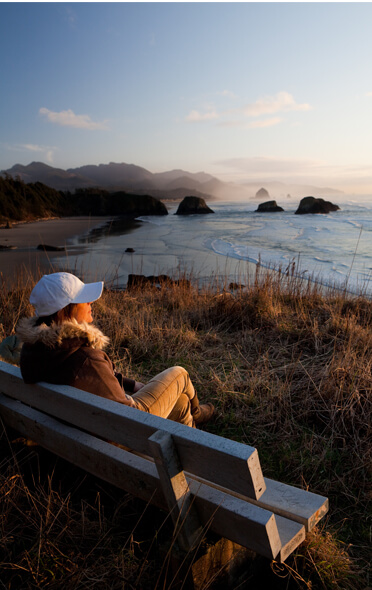 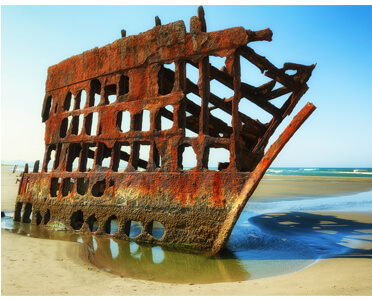 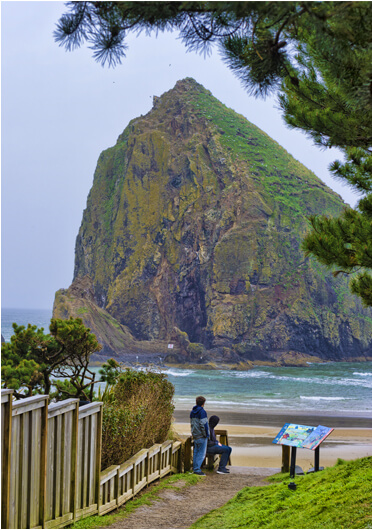 The North and Central Oregon coast offer a variety of towns, for you to explore, surrounded by forests, rivers, lakes, bays, sandy beaches, and the majestic Pacific Ocean. With its awe-inspiring scenery and a bounty of things to do and attractions, a trip along the Oregon Coast is sure to entertain all ages, tastes, and desires. To help you get planning your next vacation we've put together a brief description (with links to find out more) of the towns along this beautiful stretch of coastline.

Astoria, was founded in 1811 as a fur trading post and became the first permanent U.S. settlement on the Pacific coast. This picturesque town is a port city with a Scandinavian flavor. Surrounded by forests, three rivers and situated a stone’s throw away from the Pacific. It is a town where fishing meets Victorian style with a great sense of history.

Seaside, 20 miles to the south, offers wide sandy beaches, a 1.8 mile "prom" that parallels the beach, a small aquarium, carousel, bumper cars, an arcade, and paddle boats. It was Oregon's first seashore resort town dating back to the mid-1800s. It's a wonderful family beach town.

Cannon Beach, 8 miles from Seaside, is famous for Haystack Rock a 235 foot monolith with amazing tide pools. It has a beachy downtown district offering a mix of shops, galleries, bakeries, and eateries. Best of all, Cannon Beach is known for having one of the best beaches in Oregon. We are proud to have two of our inns, Schooner’s Cove Inn & The Wayside Inn, in this beachside community.

Manzanita, is a wonderful beach town tucked into the North Coast between Neahkahnie Mountain and Nehalem Bay. Visitors enjoy miles of quiet ocean beach, a nine-hole golf course, and two state parks for camping and beachcombing. It was here that governor Oswald West was so moved by the beauty that he stated that Oregon’s beaches should always be open to all. We have a spacious vacation rental in Manzanita, Westover House.

Rockaway Beach, has 7 miles of sandy beaches and was built as a summer resort town in the 1920s. It isn't your average beach town, but they host some great family festivals and with the Twin Rocks the view is amazing. In Rockaway, you'll also find the Oregon Coast Scenic Railroad which goes along Tillamook Bay giving riders views of the ocean.

Tillamook, is famous for its cheese and ice cream. The Tillamook Cheese Visitors Center is the most visited attraction on the Oregon coast. Be sure to take the tour and sample the wonderful products. Tillamook is also the place to find world-class salmon fishing as it has 7 rivers and 3 bays for crabbing and clamming.

Pacific City, is home to the Dory boats and one of only two beaches on the west coast where captains launch their boats through the breakers. You can also learn to hang glide off Cape Kiwanda Dune, surf, or fish in the Big Nestucca for fall or spring salmon. It's only a two-hour drive from the Portland area, but if you'd prefer to travel “as the crow flies”, they have a small state-owned (unattended) airport in the heart of the city.

Lincoln City, located on the 45 parallel, is home to our three other Oregon Coast inns, Looking Glass Inn, Pelican Shores Inn, and Shearwater Inn. Lincoln City is known as the ideal place to fly kites on the Oregon Coast. It has 7 miles of beautiful, sandy beaches where beachcombing, sandcastle building, walking, running, playing and kite flying are available to all. It is also home to Devils Lake and Siletz Bay so water sports lovers have plenty of room to play.

Depoe Bay, the Whale Watching Capital of the Oregon coast, has a resident pod of grey whales. Often the whales can be seen from land or you can take a chartered whale watching tour. Depoe Bay has the smallest navigable harbor in the world and the seawall running the length of downtown is the only one on the Oregon coast. Spectacular spouting horns, caused by waves running beneath lava beds, can shoot seawater as high as 60 feet in the air during stormy seas.

Newport, situated between the coastal mountains, Yaquina Bay, and the ocean, offers numerous activities. Explore the renovated Nye Beach area or the historical bayfront district. Lighthouse lovers rejoice: Newport is lucky enough to have two picturesque lighthouses, Yaquina Head and Yaquina Bay which are both historical landmarks and open to tourists. The Oregon Coast Aquarium, which is the largest in the state, is located in Newport and offers amazing experiences with local sea life.